The “Cheryl’s Birthday” problem has attracted a lot of press, with CNN, the Washington Post, Slate, and the Telegraph and countless others weighing in.

There’s plenty of explanations that give a good overview of the problem and show you how to work out the solution to the problem via a series of logical deductions. But what if we could just ask a computer to find the answer for us? 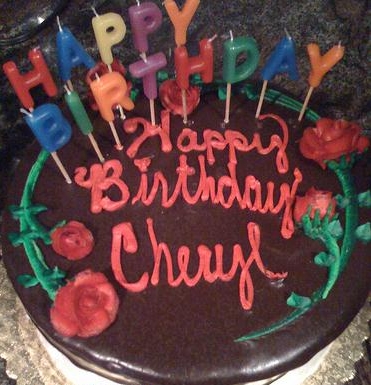 To briefly recap, the problem statement is as follows:

Albert and Bernard have just met Cheryl. “When is your birthday?” Albert asked Cheryl. Cheryl thought for a moment and said, “I won’t tell you, but I’ll give you some clues”. She wrote down a list of ten dates:

“One of these is my birthday,” she said.

When is Cheryl’s birthday?

The heart of the problem are the statements exchanged by Albert and Bernard. Initially, neither Albert and Bernard know when Cheryl’s birthday is, but through deduction they mutually arrive at a unique, correct answer.

This must mean that, somehow, the set of possibilities offered by Cheryl satisfies some set of properties that make it possible for Albert and Bernard to arrive at the answer. If we can write these properties down into a form that a computer can understand, we can have these deductions done for us. Wouldn’t that be nice?

Enter Prolog! It’s pretty rare that I ever pick it up, but this seemed like a great excuse to try it out again. Let’s see where we get!

If you want to install Prolog yourself and follow along, follow the directions here. You can load Prolog programs with prolog -e x.pl.

With logic languages, however, you describe a set of facts and ask whether there is a consistent conclusion that can be reached from those facts. The logic-programming version of the same program might be something like:

This is an interesting inversion of responsibilities relative to imperative programs: instead of telling a computer what to do, we say what the answer has to look like. Then the computer is free to decide how to arrive at the answer.

; is disjunction in Prolog, similar to the or keyword elsewhere; , is conjunction, like and.

All Prolog programs adopt this approach. We describe a series of true statements, then ask Prolog to evaluate a question to see if there is an answer that is consistent with everything we described. Those statements can take the form of either facts or rules.

That’s about it. Let’s see if we can use Prolog to help us solve Cheryl’s birthday.

Getting to an answer

Doing anything useful in Prolog is about constructing the correct set of facts and rules to describe the universe you want to talk about. Our task is to represent the problem statements as facts or rules so that we can arrive at the correct answer.

First, Cheryl says that her birthday is one of the previously mentioned ten distinct possibilities. To represent this in Prolog, we’ll just enumerate them as individual facts:

If we wanted to cut down on the repetition, we can also write this as a rule instead of a series of facts. The rule is that a month and a day are a candidate birthday if they belong to the set of candidate birthdays:

The rule form is nicer if we have a lot of birthdays to check, since we can just add an element to the list.

Next, we have the dialogue between Albert and Bernard:

Albert: “I don’t know when your birthday is, but I know Bernard doesn’t know, either.”
Bernard: “I didn’t know originally, but now I do.”
Albert: “Well, now I know, too!”

We’ll need to transform each of these three statements into Prolog to find the answer.

First statement: Albert’s stumped, but knows Bernard is too

We’re looking for a <month, day> combination that makes it possible for each of the three statements to be true, so we should use some rules to represent that. We’ll start with Albert’s first statement.

We know that the final answer must be one of the days Cheryl named, so let’s start with that constraint:

Next, we know that Albert knows the month but not the day of Cheryl’s birthday, so he only has one half of the answer. However, even if Albert didn’t know the day, he could know the answer if his month only had one possible day. But since every month has at least two possible choices for the day, he doesn’t know the answer. So it must be the case that Albert’s month has two or more choices for the day:

The findall predicate produces a list that satisfies all the constraints of the goal, the second parameter. In this case the predicate is true if the list of candidate birthdays has two or more elements. The [...] syntax denotes a list, while underscores mean “an arbitrary result”, so [_ , _] means “a list with exactly two results”.

Adding the list constructor | here means “the rest of the list”, so [_, _ | _] means “a list with exactly two results, followed by zero or more results”. So the overall effect is what we want: only candidate birthday months that have at least two elements.

There are two unique dates: the 19th only appears in May, and the 18th only appears in June. Albert therefore doesn’t have May or June; if he did, Bernard could be holding either 18 or 19, and thus have a unique answer. But since Albert doesn’t have May or June, he knows Bernard can’t deduce the answer yet. So Albert knows that he holds a month which does not decide the day. We can write a rule that represents this idea:

and then we can invoke the negation of the rule to finish off Albert’s first statement:

This leaves us with five possible answers – the dates in July and August. We can ask Prolog to verify this for us at the console:

Second statement: Bernard was stumped, but now he isn’t

So our rule must therefore be able to determine the month at this point:

This rule returns true if the month and day of a given birthday are in the candidate list and if they uniquely determine the month after taking into account the first statement. Only three possible dates remain at this point: July 16, August 15, and August 17 – the remaining dates which uniquely determine their month. We can verify this at the console:

Third statement: Albert’s got it too

We’re getting close! We just need to show that Albert can deduce the answer too. Since Albert holds the month, he could only know the answer for sure if his month uniquely determines the day:

This rule returns true if the month and day of a given birthday are in the candidate list, and if they uniquely determine the day after taking into account the second statement.

Albert can’t be holding August, therefore, because that wouldn’t uniquely determine the day – it could be either August 15 or August 17. So he must be holding July, which in turn means that Cheryl’s birthday must be July 16. And, indeed, that’s what we get:

Fantastic! Logic programming isn’t suitable for everything, but it unquestionably shines at solving constraint-based problems like this one.

You can see the GitHub repository for our script here if you’d like to experiment with things yourself. It is borrowed almost completely from Charles Perng’s version.

And finally, if you’d like to read more about Prolog, there are a lot of great resources around the web. The one that helped me the most was Learn Prolog Now! by Patrick Blackburn, Johan Bos, and Kristina Striegnitz. You can also check out the very excellent IRC channel, which is ##prolog on Freenode.

« Fully-Featured Custom Collections in Jekyll The Infinity Zoo: What is Infinity? »